Dawn of a New Era – Celebrating 25 Years with GMIT

This bold and ambitious stride toward a bright new future is a collaboration that spans thousands of kilometres along our rugged western coastline, including the Wild Atlantic Way.

The Proactive team has been walking that road with GMIT for 25 years.

Just five months after our own journey began, aged 27, our founder Ray O’Connor found himself in the unbelievable position of being the first ‘big’ design agency to land the graphic design contract for GMIT.

The Spice Girls were in their pomp. In the U.S. Bill Clinton was re-elected for a second term. That summer, Sonia O’Sullivan carried the hopes of a nation at the 26th Olympic Games in Georgia. At the Eurovision Song Contest, Ireland won, albeit begrudgingly, for the 4th time in 5 years.

Closer to home, a fledgling Galway startup called Proactive were beginning to form a small team with a big vision. In those early days, we were lucky to have a very talented graphic designer, Darren Mulkerrins. Darren was never short of creative and wacky ideas. Those in Proactive at the time fondly remember one particular creation – a double-page spread of bees on a honeycomb with large text saying ‘we’re busy’ and it was stunning.

That year, we produced the first fully graphic-designed prospectus for GMIT, setting the bar high across the country. So began a fruitful and long-lasting relationship, as we went on to win the next 24 years of contracts where we had the privilege of creating 25 beautiful prospectuses as well as hundreds of thousands of pieces of groundbreaking design for GMIT.

As GMIT transitions to form part of ATU as a Technological University, we look back and remember the many amazing characters we have met and worked with along the way. Some gone, but never forgotten.

The GMIT team has been a constant source of inspiration for us at Proactive and as an institution, they have reached far beyond their own walls and have left a lasting positive impact on the creativity and innovation of the entire western region.

To the GMIT team – our friends – 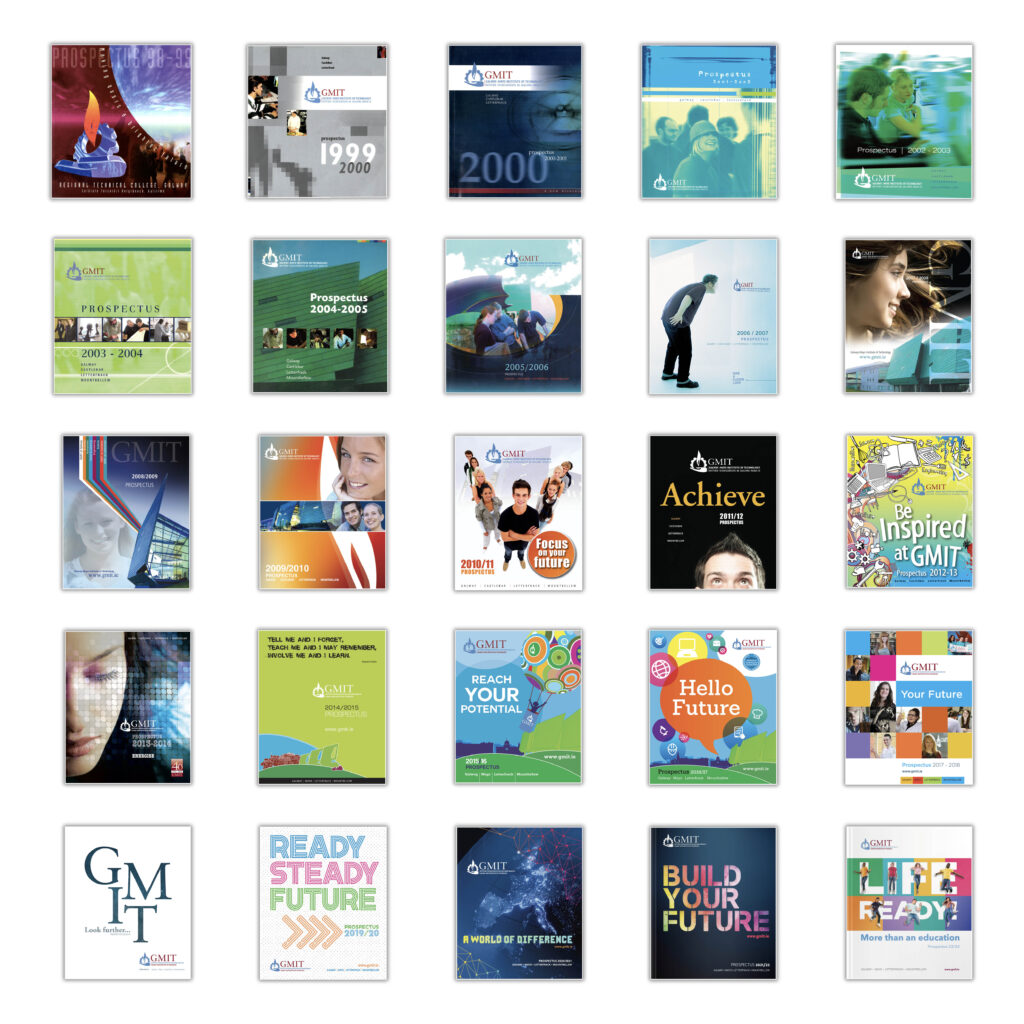