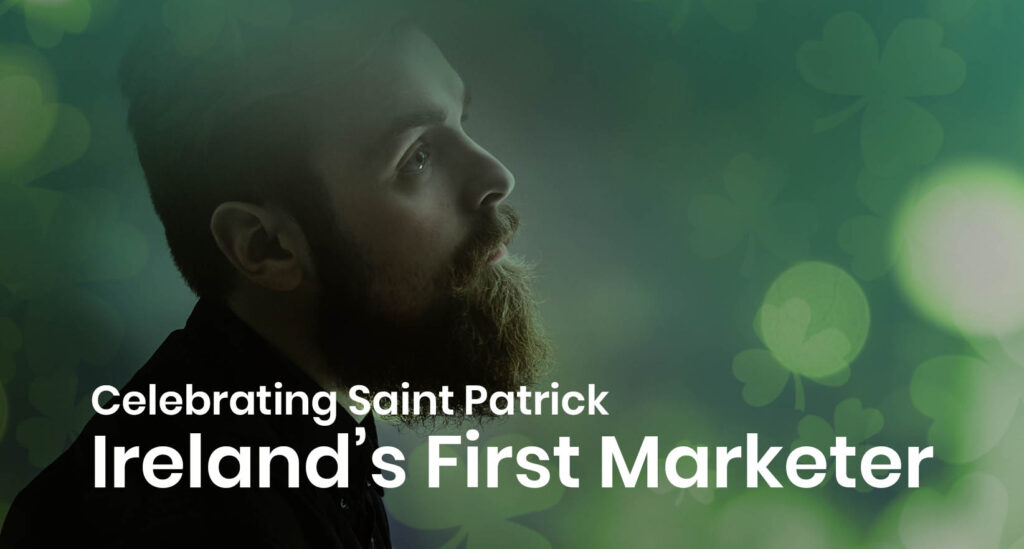 Wait, what? Marketing was a thing 1,500 years ago? The story of St. Patrick will be familiar to many – young and old alike. Born in Britain in the fifth century, Patrick was kidnapped and brought to Ireland as a slave at the age of 16. Although he managed to escape after six years, he later returned to Ireland and…well, the rest is history, and we’re still talking about it – how did that happen?

We celebrate his life and legacy each year on March 17th through a dazzling display of parades around the world, and recognise many of his achievements – the jewel in the crown and bringing Christianity to the Irish people.

But dig a bit deeper and you’ll see that Patrick may well have been the first marketer on our shores.

The best marketers leave their legacy long after they have gone. St. Patrick’s life is one that was directed toward a singular purpose. The fact that we are still talking about it in 2022 illustrates that a lot of the hard work and dedication of our humble patron saint was not in vain.

Like all good marketers, his message reached far beyond the confines of our little island. It found countries and peoples in all nations. No paid advertising as far as Patrick was concerned, and for that, we have to admire his efforts.

Happy St. Patrick’s Day from the team at Proactive.