‘We’ve built a whole new way to explore the world,’ Snapchat began. ‘See what’s happening, find your friends and get inspired to go on an adventure!’

Once you’ve updated the app and chosen your location preferences, a simple pinch of the Snapchat camera screen will bring you to a world map, where Snapchat friends’ locations can be seen through little avatars of themselves, and popular areas are highlighted. Locations are updated every time that person opens the app. 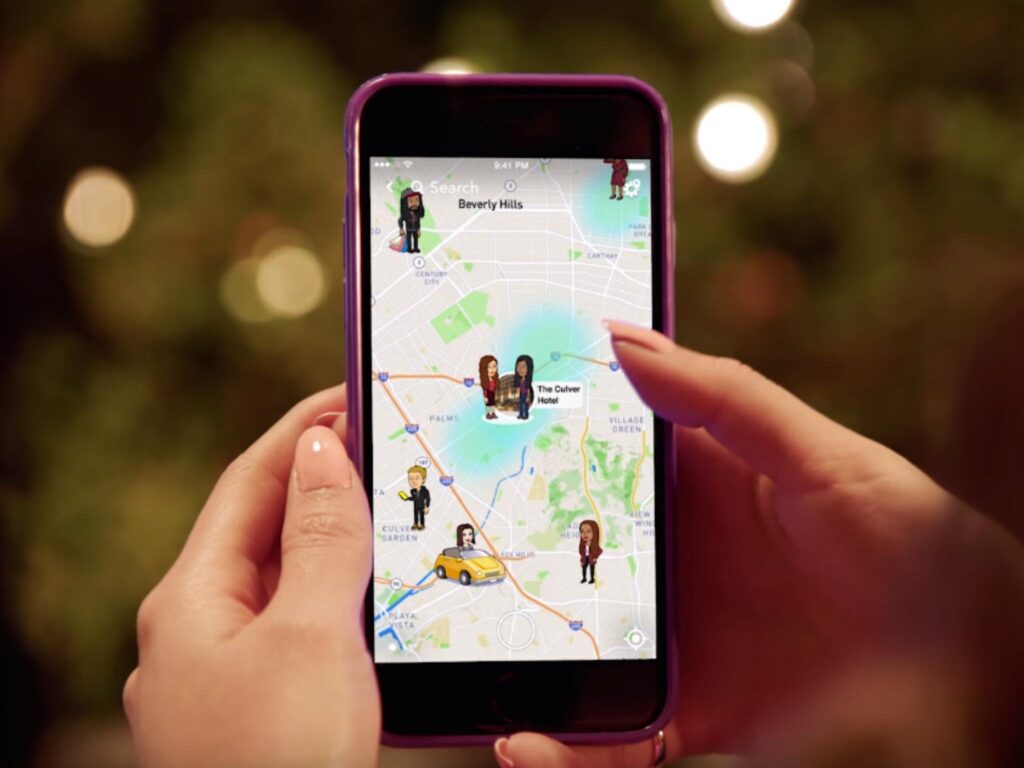 If the user chooses not to share their location, they can still use the feature with ‘Ghost Mode’, meaning you cannot be seen on the map but you can still track your friends.

Since the update there have been many strong reactions, the majority apprehensive, dubbing the new feature as an uncomfortable invasion of privacy.

There are worries over the implications of Snap Map, with debates over the possibilities of stalking, bullying and a threat to users’ safety. Snap Map shows an exact location, so accurate that if you zoom in on a Snapchat friend on the map, it switches to satellite view and you can see exactly where on a street they’re standing, or what building they’re in – and what the building looks like.

It may seem like common sense to only be friends on Snapchat with people you trust, but it’s a lot easier said than done.

People will add people they went to school with, people they met a handful of times, strangers on tinder, friends of friends. There are people, particularly younger teens, using Snapchat who won’t think about their safety, who let random people add them and see their stories. The ignorance surrounding how dangerous adding people you don’t know online is now magnified by the fact that the user could, without thinking, broadcast their location to strangers.

Concerns are also being raised about the potential hurt and drama that could unfold from people’s locations being readily available.

Imagine checking Snap Map and seeing a group of your friends all in one location, but you didn’t get an invite. Imagine you’re out with friends and someone you didn’t invite shows up and casually “bumps into you”. Imagine your partner saying they’re staying in, but from a quick look on Snap Map you realise that they’re not where they say they are. It may seem petty, but the emotional effects of being able to see people’s locations are detrimental.

Social media, as always, is changing the way we interact with each other in the real world.

There is no wonder why people are wary. With so much that can go wrong, it makes you wonder if the cons outweigh the pros here.

But the key with Snapchat, as with all platforms of social media, is to educate yourself on what you or your child are getting into.

This is a great feature if you learn how and when best to use it. It allows users to pinpoint popular locations in the area, with major events or breaking news documented on Snapchat with a hotspot coloured on the map. By adding to ‘Our Story’ users can share an insight into what they are doing, and they can see what’s going on in different places across the globe.

By leaving your location hidden by default and only activating it when you want people to find you, Snap Map could be a great way to find friends if you’re arriving late at class or work, or if you get separated at a music festival or on a night out. It’s also a fun and interesting way to stay connected to friends or family members who are travelling. There is the option to only share your location with select people, and there is always the option to turn your location off completely.

With regards to safety, it’s not about what apps you or your kids are using – it’s about how the apps are used and understood.