On November 20th 2013, DeCare Dental entered a new era of business in Ireland when the company officially launched it’s products and services directly to Irish corporate and individual consumers.

Since 2004, DeCare has been providing it’s insurance plans through Vhi, with DeCare providing the customer service support, claims processing,  benefit design, financial underwriting services and oral health and awareness programs for the market here in Ireland.

Proactive Design & Marketing were delighted to be working alongside DeCare Dental on the recent awareness campaign, supporting them accross the development of a range of promotional materials including press advertising, radio advertising, printed materials, online advertising and a large outdoor campaign including billboards, dart and bus shelters and bus sides.

This followed in January by a second product promotional campaign. We are delighted to be working with such a proactive and driven team at DeCare Dental. 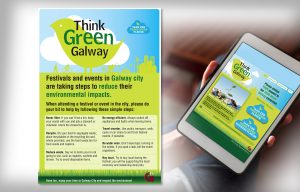